Once I got back to Kathmandu I realized…if I wanted to be well…I needed to leave the city.
I researched and discovered an Ayurvedic retreat of sorts. I left my friends at the volunteer house once again and boarded a bus for Pokhara. A few of my observations along the road…dogs eating garbage…dogs are considered the lowest of all breathing beings in Nepal…men cleaning newly severed goat heads…7 and 8 year old boys selling chips at stop lights…elder Nepali man walking aimlessly..barefoot …men jogging with face masks because of the fowl air..between garbage heaps, vegetable gardens are planted….goats waiting in line to have their lives ended on a table alongside the highway…children swinging in makeshift swing along busy roadway…women carrying 20,30,60 pound bags on their heads…brick factory that supposedly employs the youngest of children, earning cents a day…a very young mother..breast feeding her child, smoking a cigarette along the highway…such are the realities of life in a third world country.
It was raining really hard when I arrived in Pokhara six hours later…the taxi drove and drove and my heart started sinking…where were we going??? We arrived at what really looked like a sanitarium from the days of sanitariums…however, when I walked in the entryway..I knew I could get well here…the food…so healthy and prepared ayurvedically, seasoned….plentiful…I gained some of the weight back I had lost at the beginning of this journey…I have had healing massage, steams, and energy work done daily. I have released enormous amounts of toxins..and grief over my dear friend…I have also studied a lot….meditating on the fragility of life…on the importance of caring for each other with compassion…and equanimity..and also cultivating joy…and sharing that joy…the utmost importance of letting go of the self cherishing we all seem to do…and use that precious energy in loving others
This place pokhara has more westerners than anywhere I have been…a few too many for me really…I have met 2couples who have taken a year off and are traveling the world….how glorious..cows, chickens, motorcycles, buses, cars and an occasional camel are seen walking down the roadways..it is so funny…
The children and elders aren’t quite as welcoming as in other places I have been…and I find myself having a difficult time bargaining with them as they are so very poor…sitting at a roadside cafe..sipping my coffee…contemplating my life..it is good….so much gratitude and at times I kind of find myself in a state of surprise that I am so far away from home, alone…yet my life has been so rich, blessed by many spectacular individuals that I have been blessed to know….looking at all I meet as teachers along this journey of life….
Will journey to a Tibetan village today. A refugee camp…the plight of Tibetans breaks my heart….
Until later..be well 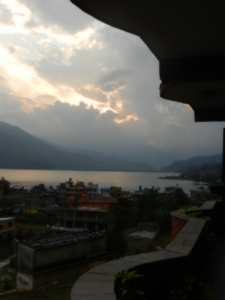 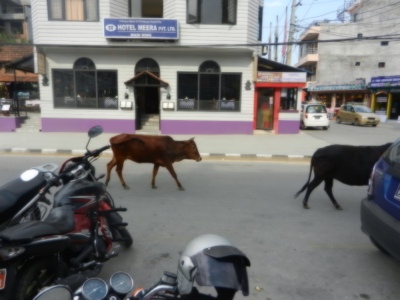 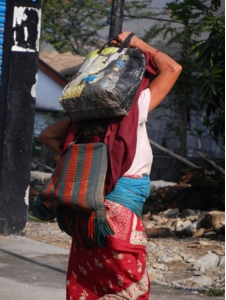 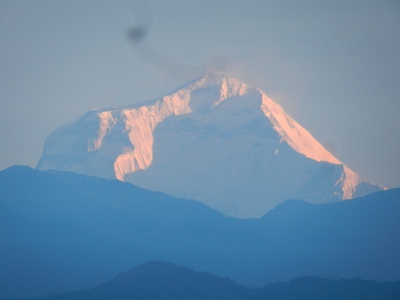 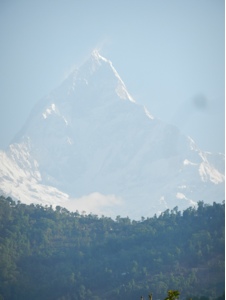 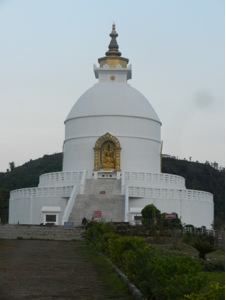 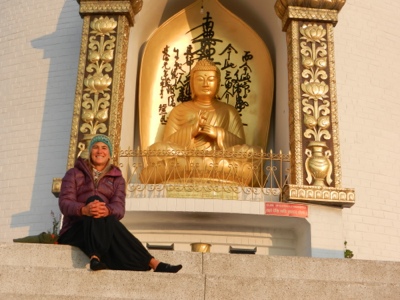