During my evening prayers here in Pokhara I realized I forgot to share with you my magical time at Kopan monastery….a Tibetan monastery above the harsh reality of Kathmandu…I applied for the retreat ….but to my dismay, I was ninth on the waiting list….I let it go. The day prior to the start date I got a message, a space had opened up. I have been studying but not consistently the
Tenants of Buddhism and living the Dharma(the Path) curiosity filled my senses along with the antibiotics I was on for my first weakening of mind and body due to respiratory illness. I packed my bag and went up the hill. Immediately within the gates I felt a calm presence. I felt lighter somehow….the days were rigorous, starting with meditation at 6 am and ending at 9:30 in the evening. We meditated and studied the Buddhist Path. There were over one hundred participants. I found myself isolating fully immersing in the experience. I felt as if I had been on this path most of my life, without realizing it. Truly, it is simply about living a good life, a compassionate life dedicating self to others and their peace and happiness. I have found what I was searching for, as far as a spiritual life….a path with meaning. I walked around the monastery daily, numerous times, counting with dedication the number of laps and finding myself obsessed…the beautiful thing was…I realized I was totally attached and I was able to let it go…and the walks had so much more significance. Many changes transpired….but we were truly blessed with a visit from the beautiful Lama Zopa Rinpoche, who is a very important man within Tibetan Buddhism. He was taking a hiatus from his travels , as he had suffered a stroke months before. We were told he would give a teaching. We filled the Gompa (sanctuary) along with people from Kathmandu. He was late. We sat patiently. When he arrived a sense of immense
Joy, actually filled my being. As he walked the aisle to his place of teaching I was suddenly struck with so much emotion…he was walking with the aide of others as his 75 year old body, maybe 80 was disabled due to the stroke. When he reached the altar, he began his prostrations…my body my heart filled with tears. To see his effort to praise Buddha regardless of his physical body was almost more than this woman could handle. He truly struggled, from my view. I am sure to him it was not a struggle at all. As he was helped to his chair, he began speaking. His voice was shaken….but he was filled with supreme joy and compassion and love….he would laugh as he tried to remember what he was trying to say(his stroke had affected his short term memory drastically) but he laughed, and we laughed…and I cried….a large photo of the Dalai Lama was at the altar also. As I gazed at the photo and listened to the Lama Zopa Rinpoche..I felt as if I were home. Joy and compassion filled me to the brim….everything looked different after this experience….I knew I was where I belonged…looking back at my posts I realize I touched a little on my experience…I hope you don’t find this repetitive, but something I wanted to share 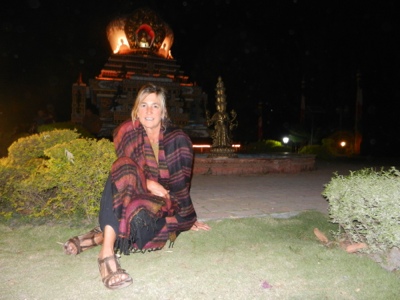 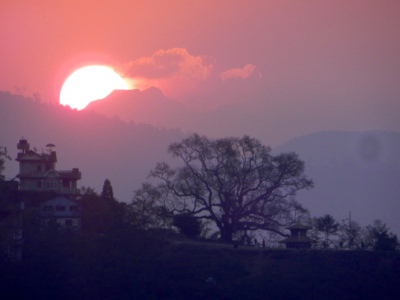 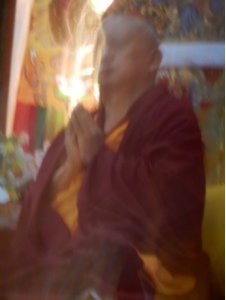 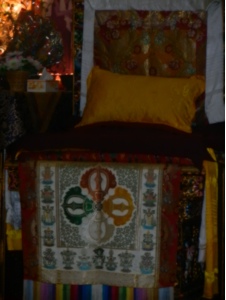 One thought on “Kopan…. A jewel above Kathmandu”